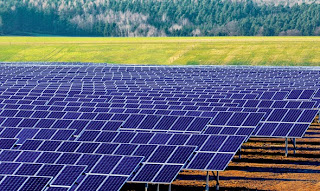 Most of the solar PV installed capacity in the world is grid connected and is not baseload. In other words, when it produces power, other power plants have to be modulated, idled, stopped and then when later in the day solar power begins to drop, those same power plants need to ramp-up production again. This creates inefficiencies, "hidden" costs and additional CO2 emissions.

The above obviously means that solar PV does not replace any conventional (usually fossil fuel) electrical generating capacity.

So, the question is: can solar PV become a baseload power supplier?

The answer is yes (sort of). Let's make the numbers.

The first disclaimer is that we are going to make some simplifications. Things in real life are obviously more complex, but bear with us.

The project is to install a 1 GW baseload solar PV power plant.

Here are the numbers:

Annual capacity factor for solar PV (in a specific location this could be higher or lower, we are using a number close to the global average): 15%.

Additionally 1,000 industrial inverters with a capacity of 1 MW each would be needed to convert the DC energy of the batteries to the AC energy required by the utility customers.

So, in summary for a 1 GW baseload solar PV power plant we would require:

So far so good, but now, let's see how reality intrudes with our carefully tailored plans.

In real life the annual capacity factor (15% in this exercise) is not the daily capacity factor. Some days we may have a 30% C.F. and at other days we may have 3%. So with the installation described above, during a 30% day we would need to disconnect the solar panels and waste half of the energy they could have produced. ON the other hand, in a 3% day, we would completely deplete the batteries and create a blackout on the area served.

To somewhat insulate us from those daily variations the "solution" would be to increase the storage capacity from one day to, say, seven days. Thus we would need ~140 million lead-acid car batteries (or 24.5 million Powerwall ones). The more robust battery numbers are indicated in red above.

Even then, the solar PV plant will not become a baseload supplier as there are considerable annual variations in the duration of the day and cloud cover, but let's leave things here not to complicate them further. On the other hand, the amount of solar panels and inverters can stay at the original numbers calculated.

Just to get an idea of the magnitudes of material we are talking about, this is one of the largest batteries in the world. It is located at Presidio, Texas and it can store 32 MWh. So, 750 of these batteries would be needed for one day of storage and 5,250 for one week of storage. 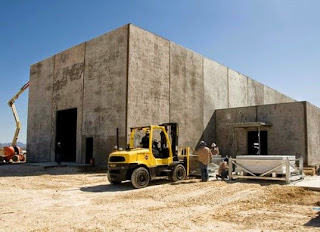 We are talking of enormous amounts of material resources and area (additional to the solar farm itself).

Obviously, all this material produces GHG during its manufacture, transportation, installation and final disposal.

Let's remember that every so many years the batteries, panels and inverters would need to be replaced, thus they would require a very healthy (in other words, massive) mining industry in perpetuity.

Does it even make sense to go solar?

Additional engineering considerations:
1. Would we cycle the storage batteries from 0 to 100% and thus probably reduce their useful life or be more conservative and thus need more batteries?
2. Yes, for one day storage we don't need the full 24 GWh since some solar power would go directly to the grid without having first to be stored but it wouldn't be advisable to reduce storage or it would leave us almost no spare capacity.
3. Days in winter can be much shorter and cloudier than those in summer, thus seven days of storage might not be enough for yearlong reliable power output.
4. For simplification, we are not considering the inefficiencies in the batteries or inverters.