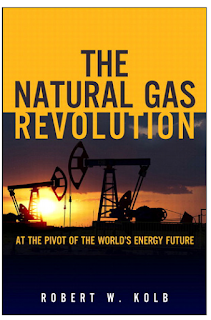 Today, in the energy discourse it is very difficult to find relatively unbiased opinions. Most people seem to be lobbying for one cause, or the opposite one, or for an ideology.

When somebody tells you that something is all good, or all bad, immediately distrust them. They are not being truthful.

Thus, this book by Robert. W. Kolb is like a breath of fresh air because it treats fracking as what it really is: a way of extracting natural gas that creates all sorts of benefits but also causes environmental problems.

However, and at least for me, the most important insight from this book is that the "easy" success of shale gas in the USA will not be massively replicated soon elsewhere.

The USA has several key characteristics that have allowed this fracking revolution. Other countries lack some or even most of them.

For example, apparently the shale gas reserves of China are even greater than those of the USA, however as of today their shale production is close to zero. 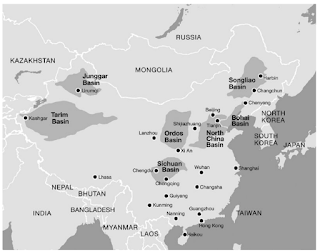 Why is China so far behind in exploiting shale gas?

Fracking requires loads of water, gas pipelines, relatively sparse population at the drilling sites, a good highway network (to move the drilling equipment back and forth), technology, know-how, capital, etc.

The USA has ALL of these. China and many other countries do not.

Thus the shale gas revolution will run decades behind the USA elsewhere. Actually the barriers in other countries are so high that shale gas production might never be profitable there.