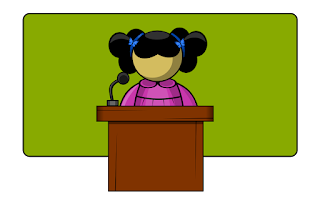 Hello, I'm Agnes. I'm 16 years old. I'm glad to have the opportunity to address this conference. (clapping).
I'm not known for being particularly sweet, so brace yourselves for what I have to say. (chuckles).
I'm not naive, and I have made my homework before addressing you here tonight, so bear with me. (some concern).

Let's stop being stupid. Prematurely reducing our fossil fuel consumption would swing back the clock, cause the starvation of billions and turn most of the survivors into paupers including almost everybody in my generation. We cannot allow this to happen.

Let's stop wasting money and resources on so called "renewebles." They are just window dressing. I have no patience for cute actions that won't take us anywhere. One Germany is enough, one South Australia is enough. The world should not join them in their road to nowhere. If we are serious about moving to low CO2 primary energy, we need to dramatically ramp up nuclear power generation. (eyebrows raised).

And, let's stop stating we don't have time. Of course we have time, but we also need a sense of urgency. Nuclear could be producing more than 50% of world's primary energy in 100 to 150 years, but for that we need to begin now. (eyebrows raised).

Greenpeace and other NGOs might have been a positive force in the past but today, I regret to tell you, they are a disgrace for humanity. Greenpeace, this is for you: stop being anti-human and change now. If you don't change it is the responsibility of everybody here to stop funding an organization that seems to have a death wish for humankind. (reluctant applause).

I don't care about your feelings. I care about your actions. So get off your lazy asses and do whatever you have to do to remove the hurdles to an accelerated deployment of nuclear energy.
Thank you!
(first, polite clapping but as the message begins to sink, the applause grows in intensity and conviction, finally Agnes receives a standing ovation, at long last somebody was brave enough to tell the truth). 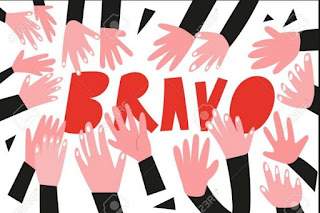 Feel free to add to the conversation in Twitter.
@luisbaram

Leslie Ceaser said…
I will recommend anyone looking for Business loan to Le_Meridian they helped me with Four Million USD loan to startup my Quilting business and it's was fast When obtaining a loan from them it was surprising at how easy they were to work with. They can finance up to the amount of $500,000.000.00 (Five Hundred Million Dollars) in any region of the world as long as there 1.9% ROI can be guaranteed on the projects.The process was fast and secure. It was definitely a positive experience.Avoid scammers on here and contact Le_Meridian Funding Service On. lfdsloans@lemeridianfds.com / lfdsloans@outlook.com. WhatsApp...+ 19893943740. if you looking for business loan.
4/21/2020 12:51 AM