Stick to the Knitting 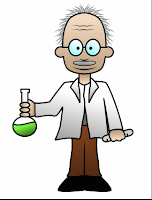 On the other hand, under no circumstances should scientists define the energy policy of a country, let alone that of the whole planet. Scientists should only be advisors. No president or leader of a global organization like the UN should delegate their responsibility to a body of scientists.

Doing this could imply economic catastrophe for little, if any environmental improvement.

Today, Germany is the poster boy of environmentalists and it is precisely an example of what a country should not do.

After 100 billion euros or so of investment in "renewable" energy (mainly wind and solar) they still have CO2 emissions well north of 400 grams per kWh, coal is by far their #1 electricity source and nuclear is their main low CO2 energy source.

However, the "collateral damage" of renewables in Germany has been a greatly increased price of electricity for the residential consumer.*

Any half competent engineer would have told them that wind and solar cannot replace nuclear power plants. Why? Because they are not even in the same category. Nuclear is constant and reliable. Renewables are "whim" energy.

Setting energy policy obviously requires taking into consideration many factors: economic, political, even psychological, but where the rubber meets the road, in other words, in the production of energy itself, no group is better qualified to advise than engineers with the right experience.

Ballpark, the advice from engineers concerning reduction in the carbon intensity of an economy would almost certainly include the following:

You may notice renewables are not even in the list above. Why? Because although renewables are "feasible," they are not the best use of economic / material resources in the quest to reduce the carbon intensity of an economy. This is an engineering fact in most circumstances.

So, at the end of the day and ironically, it is not so much the "climate deniers" that are blocking effective action to reduce our GHG emissions, rather it is the "engineering deniers" that are pushing governments to misplace investments in "solutions" that may delay for decades significant reductions in emissions.

Bottom line, scientists should stick to the knitting. In other words, they pinpoint the problem that needs to be solved, but it is the engineers that will solve it.