Horse in the Race

Yesterday I was having a polite conversation with a climate alarmist and even though all through the interaction you could sense a feeling of superiority from the "settled science" promoter, at the end she stated this respecting energy: "I don't have a horse in the race."

Well, if increasing levels of CO2 in the atmosphere are really an issue, then we most definitely need a horse in the race. CO2 emissions won't go down just by "believing" in human caused global warming.


No, where the rubber meets the road we'll have to replace high carbon intensity primary energy with lower carbon alternatives.


Since hydro is pretty much maxxed out as a percentage of global primary energy and renewables need pairing power plants that end up producing most of the energy on an annual basis, we essentially have two options to reduce the CO2 intensity of primary energy:


1. Replace coal with natural gas. When used for electricity generation, natural gas produces close to half the CO2 emissions of coal. This is not a footnote; this is a game changer. Yes, replacing oil with natural gas would also reduce emissions although not as dramatically. Some countries already have large fleets of natural gas powered vehicles.


2. Replace coal and, eventually even natural gas with nuclear which is very low (although not zero) in CO2 emissions.


So, if we really care about reducing the CO2 intensity of the global economy we have to leave the philosophical ivory tower, get our hands dirty and name names respecting primary energy: natural gas and nuclear.

We need to have a horse (or two) in the race and we have to cheer them to the finish line. 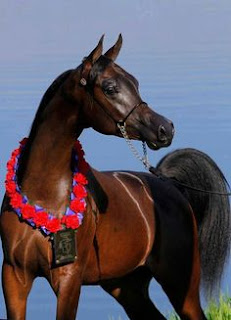