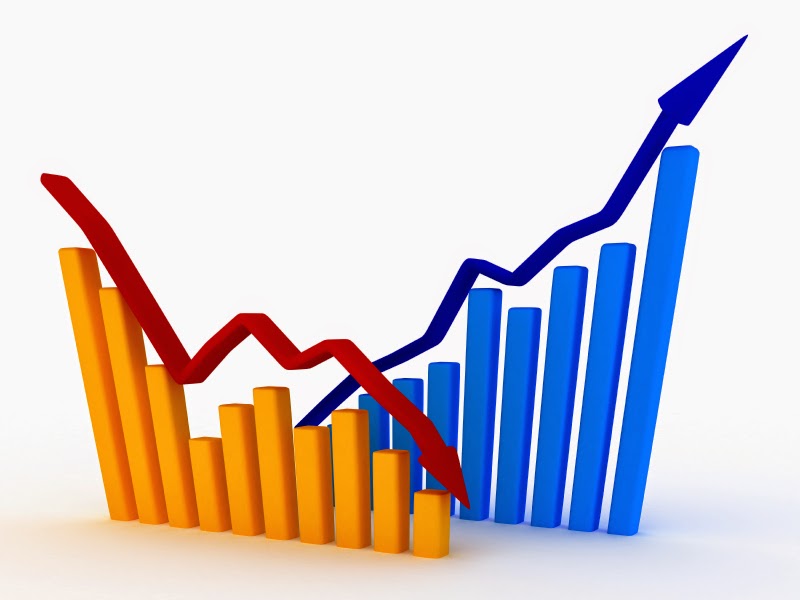 If CO2 emissions are warming the planet, then humanity's scorecard in this respect should be: total fossil fuels consumption.

Is our total consumption of fossil fuels dropping?

No. Actually it is increasing. What is more, every year, fossil fuels are farther ahead, in absolute terms, vs. all other energy sources combined.

You might say: this is not possible! By listening to the media you probably believe the hype that solar and wind are taking the energy markets by storm.  Well, they aren't.

Here we have data from the 2014 International Energy Agency report: 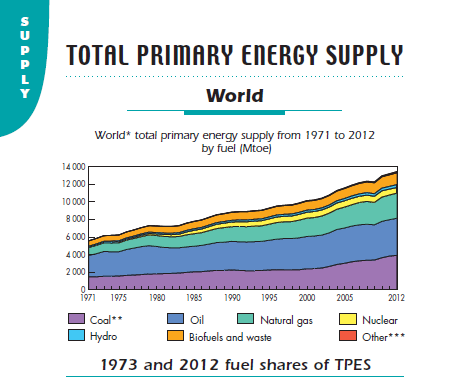 One of the problems in energy reporting is that there is a lot of hype / PR / lobbying from the renewable energy camp and they bend over backwards in painful positions to try convince the world they are conquering it.

For example, they say: "Germany produced 50% of its electricity with solar!"

Yes, but what is not mentioned is that this percentage was achieved in a particular instant and, if you actually consider the full year, coal and nuclear far, far outproduced solar. See graph below.

They also "forget" to mention that electricity is only a fraction of Germany's total energy consumption and thus, overall, oil continues to be the #1 energy source in that country.

Or, they may say something like: "during the month of October more renewable capacity was installed in the USA than of any other energy source."

Yes, first they say nothing of the other months and second, in renewables "installed capacity" can be very deceiving. Why? Because the capacity factors of solar and wind are quite low. Solar is usually below 20% and wind is usually below 30%.

Another thing we need to ask is: what is being lumped into the "renewable" category to inflate its numbers. Let's review it carefully. More often than not you may find wood there. 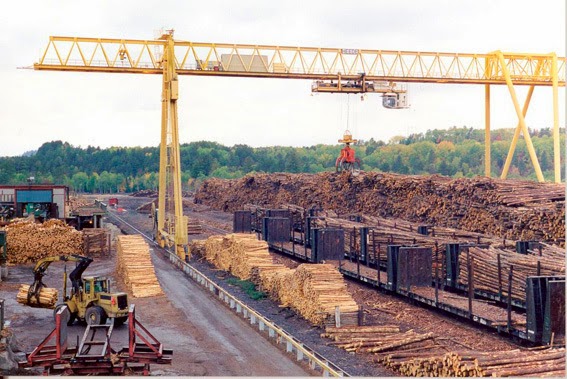 So instead of burning long dead trees (coal) we are chopping down currently living trees. Is this progress? I don't know.

More inconvenient questions need to be asked, such as:

Do renewables actually reduce CO2 emissions in the real world (not only in the lab)? And if so, do they provide the most bang for the buck in this pursuit?

Do renewables allow us to retire for good fossil fuel generating capacity? 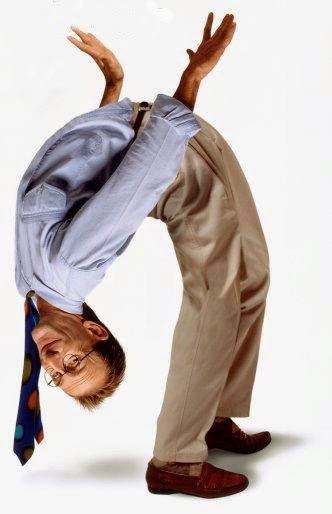 In summary, beware of persons bending themselves backward to try to deceive the public. Maybe they are just overeager, but for me it almost seems dishonest.

Nathan Macher said…
Nice post. I am a fan of wind and solar for off-grid applications, but insisting on 100% renewables for grid power ignores the scale of the problem completely. We need lessen our carbon footprint, which wind and solar can't do by themselves.
12/07/2015 3:56 PM