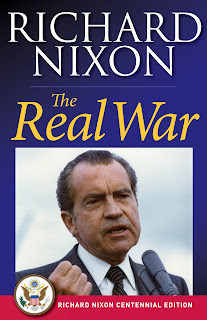 This is somewhat ironic, because nuclear is one of the lowest CO2 emitting energies we have and so, in theory, renewable promoters should be fully on board with nuclear, but this is obviously not the case.

The reasons are very simple:

1. Renewables need pairing fossil fuel power plants since solar and wind energy are intermittent and unreliable.
2. Even though, in theory, nuclear could be paired with renewables, it would make no sense whatsoever. Nuclear is better suited to produce 24/7 and besides adding renewables to a nuclear grid would increase CO2 emissions so it would be a lose-lose proposition (more expensive and higher emissions).

On the other hand, nuclear doesn't need renewables at all, what is more, they siphon funds that could have been better spent in additional nuclear capacity (if the objective is to reduce the CO2 intensity of a grid).

Thus, it is not surprising at all that renewable promoters spend inordinate amounts of effort attacking nuclear.

At the same time, it is not surprising either that nuclear promoters tend to attack renewables.

Yes, whether we like it or not, renewables and nuclear are "natural" enemies. Appeasement will not work. This war will only get worse as the penetration of both increases in the energy marketplace.

The result of this war is, and will continue to be, a more gradual replacement of fossil fuels vs. the scenario in which renewables are dumped and nuclear gets most of the alternative energy investment.

The message this war sends is that humanity is not really in a hurry to reduce CO2 emissions. As always, acts speak louder than words.

Jack Eddyfier said…
The real war seems to have been declared about 1971. I believe this was the year when the term renewable energy can first be found in English; also the year when single-issue anti-nuclear power NGO: Friends of the Earth recruited Amory Lovins. It's been a propaganda, and legal war since then. The term renewable energy is a fake category, invented by deep greens to describe energy sources they particularly approved of. The approved technologies seem to have been specifically selected to tie humanity down to dependence on natural environments. Robert Stone explained the opposition to nuclear power versus support for renewables so: "we also thought that as you provide societies with more energy it enables them to do more environmental destruction. The idea of tying us to the natural forces of the wind and the sun was very appealing in that it would limit and constrain human development." [ref]

We've been told what tidal, wave, solar, wind, biomass, hydro and geothermal have in common. Let's remember how they differ. Nothing emits as much carbon dioxide, damages the environment, is so tedious to gather, and pointless quite so much as biomass. This should have its own special category: idiot energy. Hydro and pumped storage were useful and mature before greens hijacked them and declared them instruments in their unholy war; we mustn't hold it against the technology that greens give it a RE badge. Most of the rest are intermittent sources that only work with dispatchable support; which for me really means fossil fuel, ideally gas, support. I know that nuclear power can load follow, but using it this way costs efficiency; there's nothing really to gain.