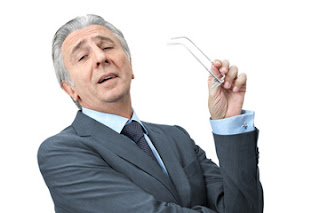 In my opinion, the arrogant behavior of many climate alarmists not only repels a lot of people, but may end up destroying the credibility they still have left.

What would be a welcome change?

Imagine an alarmist that spoke this way:


Even though CO2 is a greenhouse gas and in theory higher concentrations of it in the atmosphere would tend to increase global temperatures, in reality climate science is an amazingly complicated subject and thus we cannot reliably make projections of what will happen in the short or long term.


Yes, some of us think things could get really bad, but so far there is no compelling evidence either that the climate is getting more violent or that tornadoes, hurricanes, droughts and floods are getting more common globally. Neither is there evidence that agricultural production is suffering worldwide.


The most media hungry among us love to point to anecdotal weather happenings and even try to trigger fear in others but this is obviously not scientific in the least and in the long run is self-defeating.


However, probably the worst fault among alarmists is promoting renewables as a solution (or even THE solution) to CO2 emissions. This is plain wrong. We know renewables are a marginal energy source that requires reliable pairing power plants. Renewables not only don't significantly reduce CO2 emissions, it could be argued they increase them by wasting money in them instead of investing in more effective options such as insulation, efficiency, nuclear, replacing coal with natural gas and even replacing older coal plants with state of the art ones.


Also, we alarmists can't ignore that energy transitions require many decades to occur and that they are only tangentially a scientific issue. They are mostly economic, political, social and engineering issues. Thus scientists should be advisors but never expect to actually lead humanity. They are just not prepared to lead society.


Finally, scientists should not support impossible "solutions," such as #KeepItInTheGround. No, we have to be much more practical. For example, if sea levels are rising and temperatures are increasing then humanity will need more dikes and more air conditioning units (and thus more electricity generation). Asking for trillions of dollars to reduce Earth's temperature by half a degree in the year 2100 is utter irresponsibility.


Yes, we can say that "the science is settled" regarding the fact that CO2 is a greenhouse gas, but the modelling of such a complex system as planet Earth is certainly not settled. Questions should be welcomed. Discussions should be encouraged. And we alarmists should start by conceding we don't have all the answers; hey, we don't even have all the questions. Thank you.

EMyrt said…
Well, that's not going to raise billions of dollars and significant political power or capture constant media attention and support world-wide NGOs or provide subsidies for renewables, is it?
3/11/2017 8:50 AM