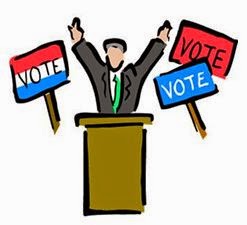 One serious misconception rampant in the climate discourse is that "climate action" is mainly a political issue.

"If only we had political will to tackle the problem."

In reality, it is not.

Gay marriage, equal pay, the minimum wage, etc., are primarily political in nature, but in the climate arena (in other words, respecting our civilization's CO2 emissions) the solutions are only tangentially political, but fundamentally technological in nature.

If we don't develop better energy sources that can seriously compete with fossil fuels, then we will continue using fossil fuels until they become scarce / expensive in an almost business as usual manner.

And here we have to make another statement: today we don't have anything to compete head on with fossil fuels.

Yes, nuclear is good for producing electricity but the upfront costs are still high and, bar China, no other country has started a massive ramp up of this technology. Yes, newer designs in the pipeline show great promise, but they are decades from accelerated implementation.

Yes, hydro is great if you have the resources but as a percentage of our total energy, it is beginning to max out.

Yes, solar and wind will have a (small) piece of the energy pie but due to their fundamental disadvantages (intermittency, unreliability, low density), may never exceed single digit penetration in out total primary energy supply.

Forcing a "political solution" could be catastrophic since it would certainly lead to expensive energy and since energy is the food of our civilization, this approach would make most of us poorer and shove the already poor to possible starvation.

Let's underline that a carbon tax is just (genius) a tax, and a very tempting one at that for many governments.

So, bar bringing down the world's economy by making energy too expensive, the best governments can do (if at all) is support R&D in technologies that have the energy density to amount to something in the future. And, let's name names here, that high density energy would almost certainly be confined to nuclear: either fission or fusion. Efficiency could also be fertile ground to achieve more quick gains.

Subsidies or "mandates" for deploying current technologies (in particular "renewables") are a mistaken approach that can only lead to lower emissions via unaffordable energy prices.

So, bottom line, reducing our carbon emissions is primarily a technological challenge and only tangentially a political one.

Can the Edwin Land / Steve Jobs of energy please stand up?

Feel free to add to the conversation on Twitter: @luisbaram

TheTracker said…
The notion that a miracle technology is going to come along that will free us from the burden of taking responsibility for using the atmosphere as a waste dump is irrational nonsense.

We have half-a-dozen technological approaches which could radically cut fossil fuel emissions over the next two decades. The inactivist fallacy that we need to somehow wait until a radical shift in our energy production and consumption is better than free is, quite frankly, a poor joke.

This is the grown-up world. Some things cost money.