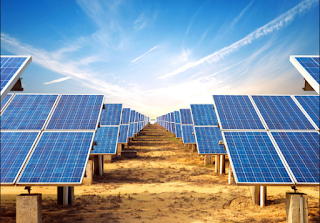 We hear a lot that "solar is already cheaper than coal," but this is obviously just PR. To begin with, these two sources of electricity cannot be easily compared. They are different animals altogether. Coal is a 24/7/365 type of power. Solar is intermittent and unreliable.

Coal produced electricity tends to be more valuable because it is produced when it is needed. Solar, on the other hand, just dumps energy into the grid whether it is needed or not. Also, for the most part, solar PV does not allow the retirement of any conventional electricity capacity because at any particular moment the output from solar is zero and thus the conventional power plants have to supply the required power.


At higher latitudes, the annual insolation variation can be extreme. For example, in Germany the insolation in July is close to ten times higher than during December. Additionally, Germany tends to require more electricity in the dead of winter.

To be able to compare apples to apples, we would need to compare coal with solar PV plus a pairing natural gas driven power plant. Once the pairing power plant is added (or worse, storage) there is no way solar will be cheaper than coal.

Aside from the overt subsidies, solar also has a covert one: priority access to the grid. When it dumps electricity into the grid, other (reliable) producers have to adjust their output to accomodate for the solar fluctuations. This increases the costs for those other producers and thus the overall cost of electricity tends to go up. How long will solar producers be allowed this free lunch?


Bottom line, the only way to say that solar PV costs are a fraction of the coal ones would be to express it this way: seven thirds.