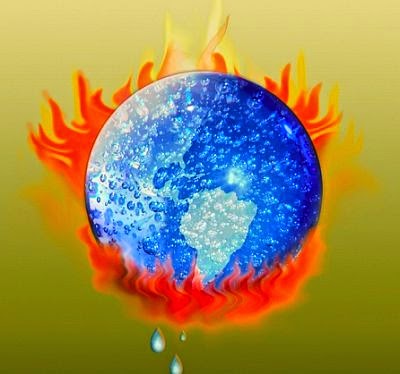 It seems to me 2014 was not so much the year of "living dangerously" as of living hysterically regarding global warming. 2015 might still bring more of it before (I hope) sobriety begins to return to the energy / climate discourse.

The first thing we probably need to understand is the MAGNITUDE of the high carbon energy we should replace with lower carbon varieties.

Here we see our total primary energy consumption in 2013*: 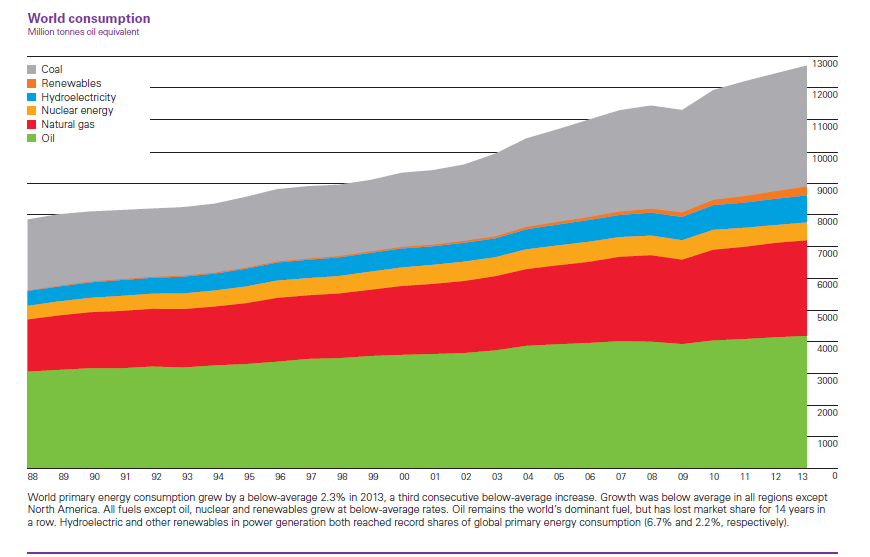 As we may see, fossil fuels overwhelmingly dominate the current energy market and this is not due to cute political tactics but to the fact that fossil fuels excel in many of the most important energy attributes (per Peter Tertzakian):

Not to mention that most of the current energy infrastructure in the world is designed around fossil fuels and that they tend to be the lowest cost alternatives in most uses.

So, let's state it bluntly: today we don't have a cheaper / better alternative to fossil fuels. We don't. Yes, hydro is great in places with abundant hydro resources but it probably is already reaching its peak in global market penetration. Yes, nuclear is very good for generating electricity but very few countries have launched massive nuclear build ups.

Another point we should bear in mind is that "energy" is not the same thing as "electricity." The latter is only a fraction of our total energy consumption. (IEA data). 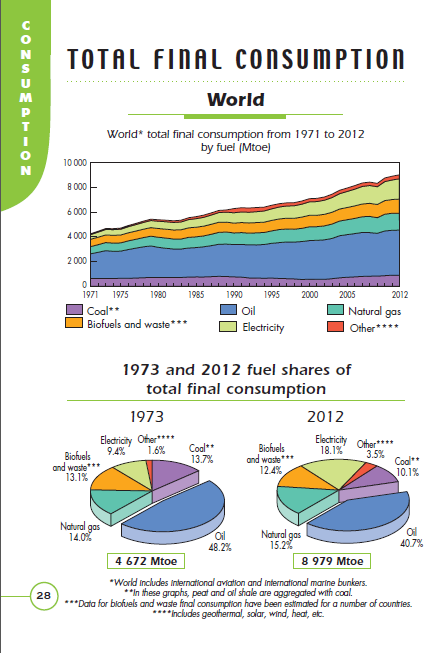 Fuels used in electricity generation are relatively "easy" to replace, at least in theory. Fuels used in other economic activities (transportation, industrial processes, etc.) are more difficult to replace.

Let's also say this off the bat: renewables (solar and wind) will survive and maybe even thrive in the coming decades but they will not replace fossil fuels wholesale. Why? Because they are too diffuse, intermittent, unreliable and require vast amounts of resources (for their manufacture, installation and continuous replacement) even when massive storage is not considered. If their penetration increases high enough then the storage issue cannot be ignored anymore and their appeal would drop even further (higher costs and higher GHG emissions).

So, bar a black swan or two, there will be no silver bullets. Nothing should be removed from the table.

a. More efficient coal plants. Coal is not going away any time soon. Very important CO2 reductions could be achieved here. 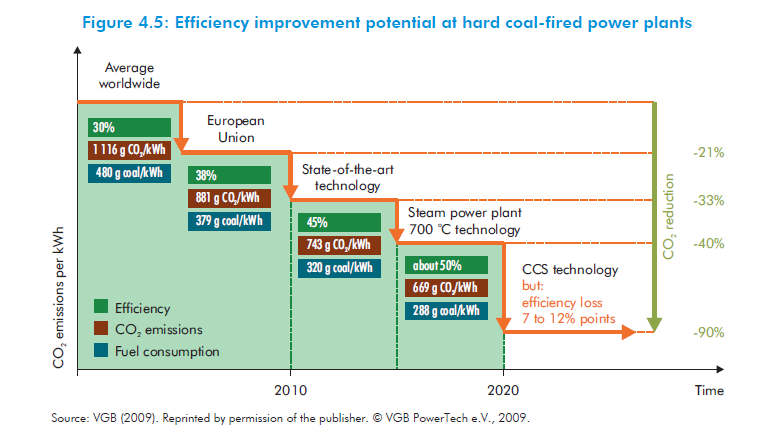 b. Replace coal plants by natural gas plants. Arguably this could achieve the fastest CO2 reductions.** Yes, we can discuss methane leaks all day but let's remember coal is not only CO2 emissions, but also ash and other pollutants.

c. Nuclear. What is not to like here? Well, upfront costs need to be reduced. Also, better technology is in the pipeline that would make nuclear easier to sell.

f. CCS. This is THE most controversial of all but why eliminate it preemptively? Let CCS proponents carefully make their economic / environmental case.

g. Hydro was, is, and will continue to be the premier renewable resource. However, as mentioned, it is probably peaking in global market penetration.

h. Other renewables: the EIA estimates that by 2040 wind & sun will produce 6% of global electricity. Let's say the EIA is wrong and they will actually supply twice that amount: 12%. By 2040 electricity should be about half of our total consumption, so let's say other renewables will supply 6% of our total primary energy supply. Fine. Don't fight it. Write it off. Now let's stop investing inordinate amounts of time in these technologies and focus on the other 94%.

i. Geo-engineering. Why not? No matter in how much hurry we are, it takes time to bring an elephant to term. Thus fossil fuels will continue to dominate the market for decades to come. 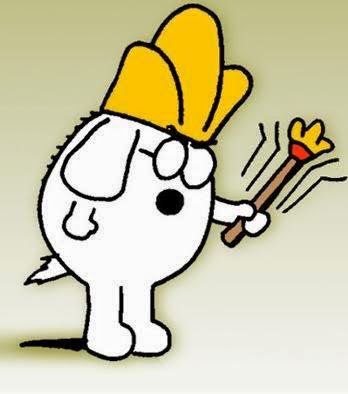 Dogbert says it is better not to do anything rather than doing the wrong thing, so here we have a message for the Pope, Leo DiCaprio, Al Gore and Greenpeace:

Your "help" is not required or even welcomed. Let engineers lead the design of low carbon energy systems. Well intentioned persons not expert in the required disciplines can do more harm than good.

As a plus, we engineers will pledge not to forgive the sins of others, act in Hollywood movies or deliver advice in subjects we know nothing about.