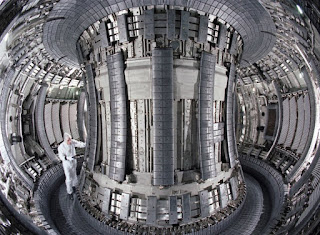 In my opinion, the reason fusion has produced no useful electricity after more than 65 years and billions upon billions of dollars / euros invested is that there is no sense of urgency with this technology.

Produce electricity that is as reliable and cheaper than the one produced by fission reactors.

The objective cannot be "achieve fusion energy breakeven." That will never take us anywhere.


Then, they need a strict timeline, say: produce at least one megawatt of electrical power (which is really peanuts, but a beginning) with an annual capacity factor of at least 75% in a timeframe of five years.

Additionally, cost needs to be an ALL important consideration, if not we'll just be racing to a Pyrrhic victory. Thus, the objective has to be something like this:

The numbers above should consider net electricity generation and should obviously consider the cost of capital as the fuel in fusion as well as in fission is extremely cheap.


Consequently, the objective of fusion power is not to achieve it at any cost. No, cost considerations need to be an inherent part of the design. Among other things "Groves" should ask: will you be able to achieve the cost objectives using superconductive electro-magnets? If not, the superconductors must go.

If the 5 and 10 year objectives are not met, then the project itself will be discontinued and you'll have to find another job hopefully not in the government sector.

Canman said…
If fusion were really urgent, we could probably use underground blasts to create geothermal, dispatchable energy.
2/15/2018 2:32 PM