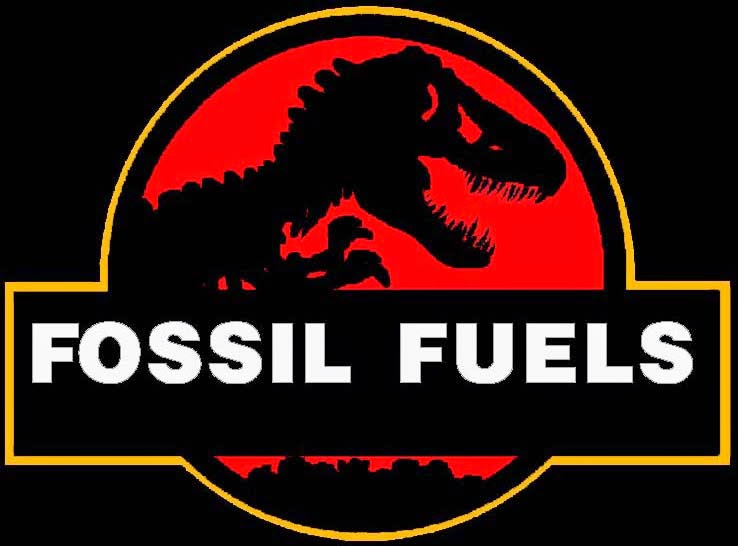 OK, no, seriously I'm not ready to join the "I love fossil fuels" crowd, however, having said that we do need a dose of reality.

Fossil fuels are not going away soon. What's more, even though their market penetration might begin to drop, their absolute use is still increasing and will continue to rise in the short / medium term.

Let's face the fact that our current world economy is almost fully dependent on fossil fuels.

As an example, let's mention Apple, a company that apparently is not connected to the fossil fuel industry. Well, the news is that it fully depends on fossil fuels and without them even that mighty technology company would probably go bankrupt.
Now, if this is the picture for Apple, try to visualize the companies that are directly dependent on fossil fuels:
More than 80% of the total energy of our civilization is fossil fuels based, but that doesn't mean 80% of the economy is fossil fuel based. No, essentially 100% of it is. Without fossil fuels, even renewable energy companies will go bankrupt. Why? Because overwhelmingly they need a pairing fossil fuel plant to operate, not to say anything about them needing fossil fuels for their manufacture, transportation and installation.

Yes, the electricity production sector is the "easiest" to convert to low carbon sources such as nuclear, but we need to understand two things: 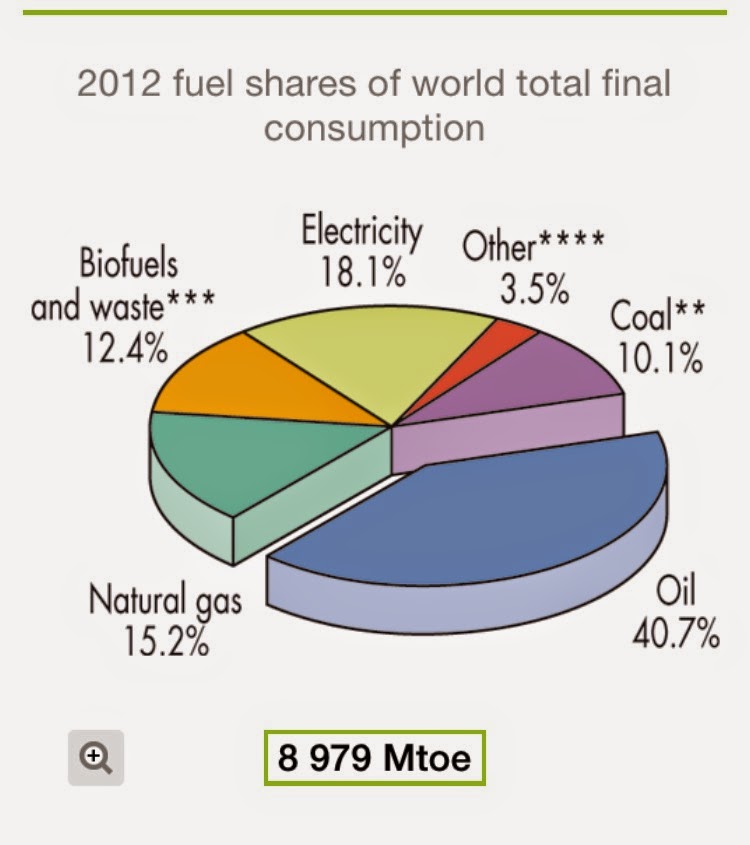 Close to 330 million automobiles were produced between 2010 and 2013 and almost all of them have an internal combustion engine. ** Today, in total, close to one billion vehicles are on the roads.

Yes, electric vehicles are increasing their market share (from nothing to almost nothing) but in absolute numbers, the internal combustion engine ones break a new record every year. 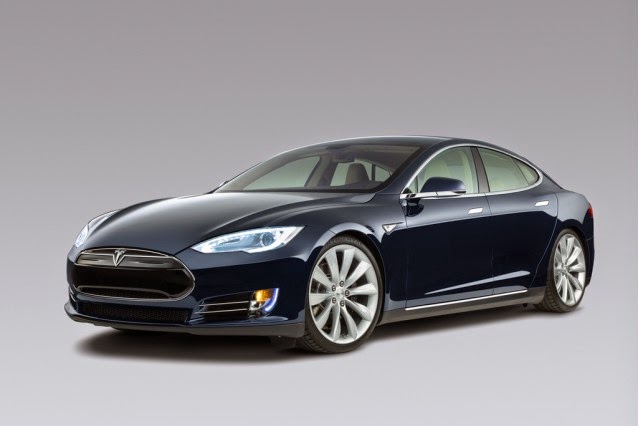 Electric cars already lost the war at the beginning of the 20th century. Will this time be different? I doubt it. As mentioned, in absolute terms, they fall farther behind every year. And, in any case, most of the electricity for EVs on the road today comes from coal or natural gas.

So, does this mean that fossil fuels will forever dominate the energy markets?

No. Independently of their supposed effects in warming the Earth, we cannot expect them to last forever. Yes, every year and in spite of all we consume, we seem to increase our reserves but inevitably the age of greatly diminishing returns will arrive.

So, what is my recommendation?

1. Stop thinking that renewables are the solution. They are not. Period. We are just kidding ourselves.
2. To massively replace fossil fuels, we need something with the potential to be better and by that we mean denser, cheaper and reliable. Today, the only thing we have that could eventually meet all those attributes is nuclear (all sorts of designs in either fission and / or fusion).
3. Sure, efficiency can reduce energy consumption, but no matter how much it is reduced we'll still need primary energy. So, yes, let's make things more efficient but that cannot be the only game in town.

Some alarmists say: "if we continue using FF, we'll all die!"

Well, it is better to die than to commit suicide.

Finally, a comment. Before you join the "I hate fossil fuels crowd" think about yourself and your family. Without FF would you:

Feel fee to add to the conversation in Twitter.

I'll go along with you that current role of RE is small and the power source is not as dense as Uranium however: sunshine is ubiquitous, storage is part of everyday life (smartphones) and market demand for better storage (bigger, brighter screens, faster charging) and larger storage (EV) is driving massive research. Within 5 years density and price/kWh will reach points where storing electricity will become viable for all consumer energy needs. PV and wind will fill all this storage capacity, necessity for massive central capacity will dwindle.

Flying has never been profitable business if kerosine would have been taxed as regular gas. I will agree that this industry is utterly dependent on fossil fuels, but all other modes of transportation can (easily) switch to fully electric (even an atomic sub is electric).

I will support RE as much as I can without opposing nuclear. It is just that I don't believe that in a fully subsidy free world nuclear even has the slimmest chance of being viable.